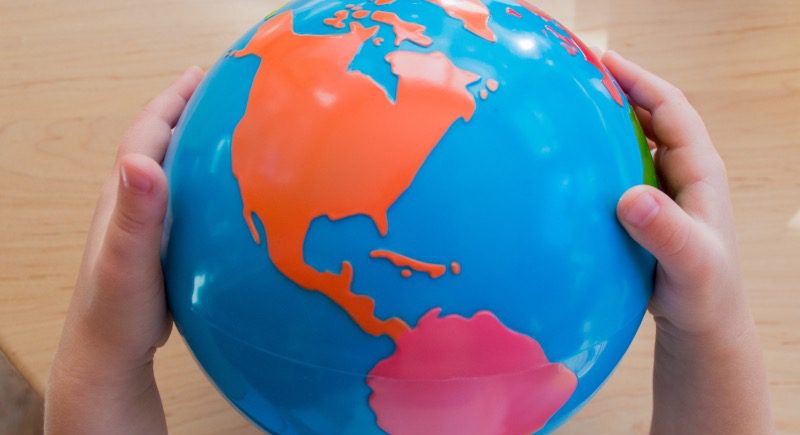 The Purpose of Montessori Education

The Growing Concern Montessori Preschool and Kindergarten, and Private Elementary School uses Montessori principles of education. The following information is provided to help parents of prospective students become familiar with our teaching methods. We encourage you to contact the school with any questions you may have.

The following is taken from “A Parents’ Guide to the Montessori Classroom” by Aline D. Wolf.

Dr. Maria Montessori believed that no human being is educated by another person.  She must do it herself or it will never be done.  A truly educated individual continues learning long after the hours and years she spends in the classroom because she is motivated from within by a natural curiosity and love for knowledge.  Dr. Montessori felt, therefore, that the goal of early childhood education should not be to fill the child with facts from a pre-selected course of studies, but rather to cultivate her own natural desire to learn.

In the Montessori classroom this objective is approached in two ways:  first, by allowing each child to experience the excitement of learning by her own choice rather than by being forced; and second, by helping her to perfect all her natural tools for learning, so that her ability will be at a maximum in future learning situations. The Montessori materials have this dual long-range purpose in addition to their immediate purpose of giving specific information to the child.

How the Children Learn

The use of the materials is based on the young child’s unique aptitude for learning which Dr. Montessori identified as the “absorbent mind”.  In her writings she frequently compared the young mind to a sponge. It literally absorbs information from the environment.  The process is particularly evident in the way in which a two-year old learns his native language, without formal instruction and without conscious, tedious effort which an adult must make to master a foreign language.  Acquiring information in this way is a natural and delightful activity for the young child who employs all his senses to investigate his interesting surroundings.

Since the child retains this ability to learn by absorbing until he is almost seven years old, Dr. Montessori reasoned that his experience could be enriched by a classroom where he could handle materials which would demonstrate basic educational information to him.  Over eighty years of experience have proved her theory that a young child can learn to read, write and calculate in the same natural way that he learns to walk and talk.  In a Montessori classroom the equipment invites him to do this at his own periods of interest and readiness.

Dr. Montessori always emphasized that the hand is the chief teacher of the child.  In order to learn there must be concentration, and the best way a child can concentrate is by fixing his attention on some task he is performing with this hands.  (The adult habit of doodling is a remnant of this practice.)  All the equipment in a Montessori classroom allows the child to reinforce his casual impressions by inviting him to use his hands for learning.

Importance of the Early Years

In The Absorbent Mind, Dr. Montessori wrote, “The most important period of life is not the age of university studies, but the first one, the period from birth to the age of six.  For that is the time when man’s intelligence itself, his greatest implement is being formed.  But not only his intelligence, the full totality of his psychic powers…At no other age has the child greater need of intelligent help, and any obstacle that impedes his creative work will lessen the chance he has of achieving perfection.”

Modern psychological studies based on controlled research have confirmed these theories of Dr. Montessori.  After analyzing thousands of such studies, Dr. Benjamin S. Bloom of the University of Chicago, wrote in Stability and Change in Human Characteristics, “From conception to age 4, the individual develops 50% of his mature intelligence; from ages 4 to 8 he develops another 30% . . .This would suggest the very rapid growth of intelligence in the early years and the possible great influence of the early environment on this development.”

Like Dr. Montessori, Dr. Bloom believes “that the environment will have maximum impact on a specific trait during that trait’s period of most rapid growth.”  As an extreme example, a starvation diet would not affect the height of an eighteen year-old, but could severely retard the growth of a one year-old baby.  Since eighty percent of the child’s mental development takes place before he is eight years old, the importance of favorable conditions during these years can hardly be over emphasized.

Role of the Teacher

In a Montessori classroom there is no front of the room and no teacher’s desk as a focal point of attention because the stimulation comes from the total environment.  Dr. Montessori always referred to the teacher as a “directress”, and her role differs considerably from that of a traditional teacher.  She is, first of all, a very keen observer of the individual interests and the needs of each child, and her daily work proceeds from her observations rather than from a prepared curriculum.  She demonstrates the correct use of materials as they are individually chosen by the children. She carefully watches the progress of each child and keeps a record of his work with the materials.

She is trained to recognize periods of readiness.  Sometimes she must divert a child who chooses a material which is beyond his ability; at other times she must encourage a child who is hesitant.  Whenever a child makes a mistake, she refrains, if possible, from intervening and allows him to discover his own error through further manipulation of the self-correcting material.  This procedure follows Dr. Montessori’s principle that a child learns through experience.

Behavior of the Child

There is always a busy hum of activity in a Montessori classroom because the use of the materials involves many motions – walking, carrying, pouring, speaking and particularly the constant use of the hands.  All activity, however, is guided by a respect for the teacher, a respect for the work of others, and a respect for the materials themselves.  Dr. Montessori never equated goodness with silence and immobility.  Self-discipline, she felt, should be acquired gradually through the absorption in meaningful work.  When a child becomes vitally interested in a particular classroom activity, his behavior almost always matures.  If a child misbehaves in a Montessori classroom, the teacher usually helps him select work which will more fully absorb his attention.

If classroom equipment is to be challenging enough to provoke a learning response, it must be properly matched to the standard which an individual child has already developed in his past experience.  This experience is so varied that the most satisfying choice can usually be made only by the child himself.  The Montessori classroom offers him the opportunity to choose from a wide variety of graded materials.  The child can grow as his interests lead him from one level of complexity to another.  Having children with a three to four year age span together permits the younger children a graded series of models for imitation, and the older ones an opportunity to reinforce their own knowledge by helping the younger ones.

Because the children work individually with the materials, there is no competition in the Montessori classroom.  Each child relates only to his own previous work, and his progress is not compared to the achievements of other youngsters.  Dr. Montessori believed that competition in education should be introduced only after the child has gained confidence in the use of the basic skills.  “Never let a child risk failure,” she wrote, “until he has a reasonable chance of success.”

The use of individual materials permits a varied pace that accommodates many levels of ability in the classroom.  A younger or slower child may work for many weeks on the same piece of equipment without holding back the other members of the class.  Advanced children in the same room can move from one piece of equipment to another very quickly, thus avoiding the boredom of waiting for other members of the class to catch up.  The children with a high level of ability are constantly challenged by the wide variety of materials and their many uses.

It is a well-established fact that young children mature at very different rates and their periods of readiness for academic subjects vary a great deal.  Because interest is stimulated and the materials are at hand whenever a child is ready, some youngsters in a Montessori class begin to read and calculate at an unusually early age.  However, very early learning is not the norm, nor was it ever Dr. Montessori’s objective.  Her ideal was only that the learning experience should occur naturally and joyfully at the proper moment for each individual child.  “It is true, we cannot make a genius;” Dr. Montessori once wrote, ”we can only give each individual the chance to fulfill his potential possibilities to become an independent, secure, and balanced human being.

Outdoor play is another important part of a Montessori program.

It is a vital part of a young child’s physical and mental development.

Our curriculum emphasizes nature and the changing seasons. What better way to learn about the natural world than by being together on our woodland playground. 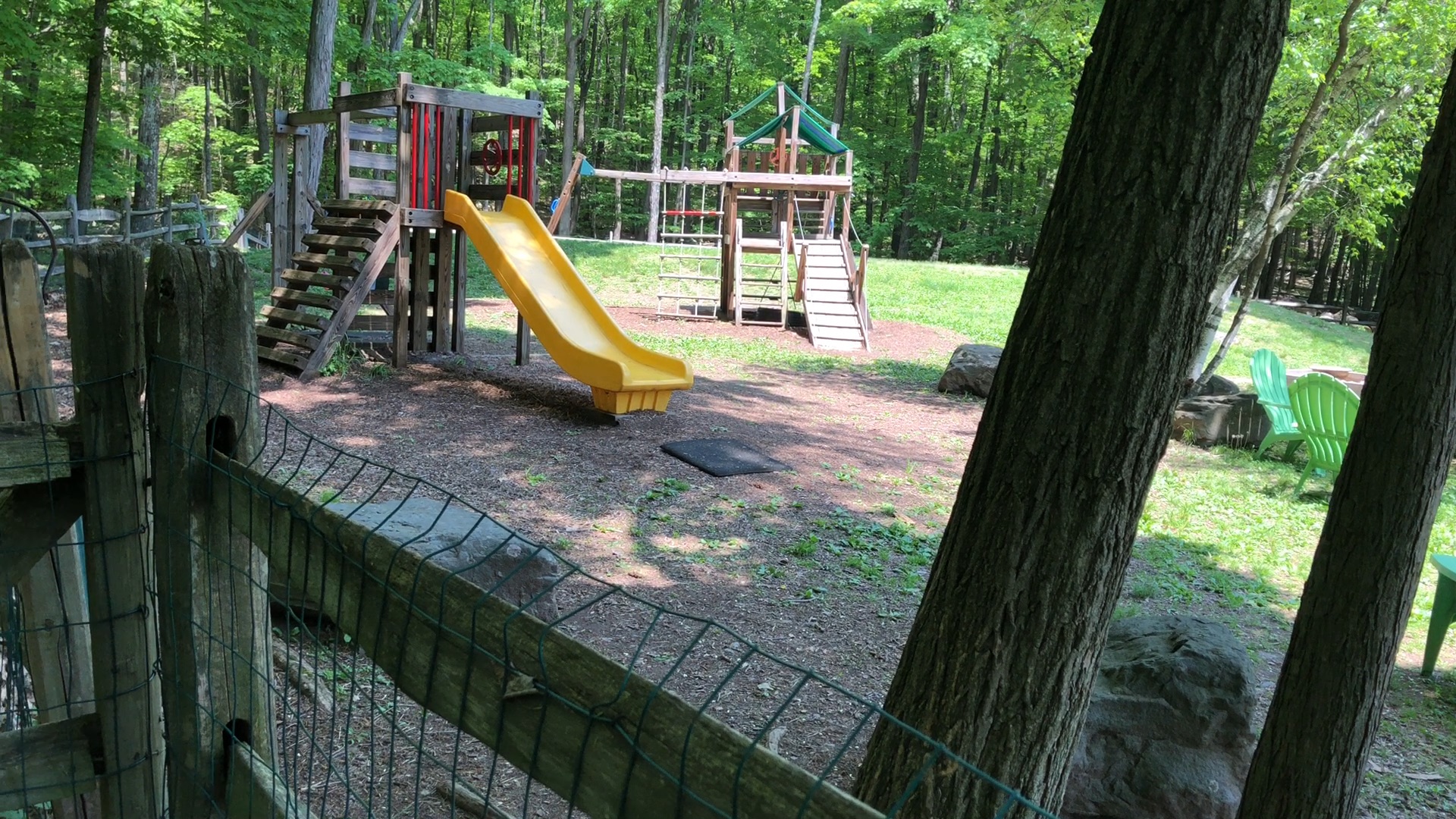 We spend time outdoors everyday in all weather, except rain. Children dress appropriately for this daily activity. 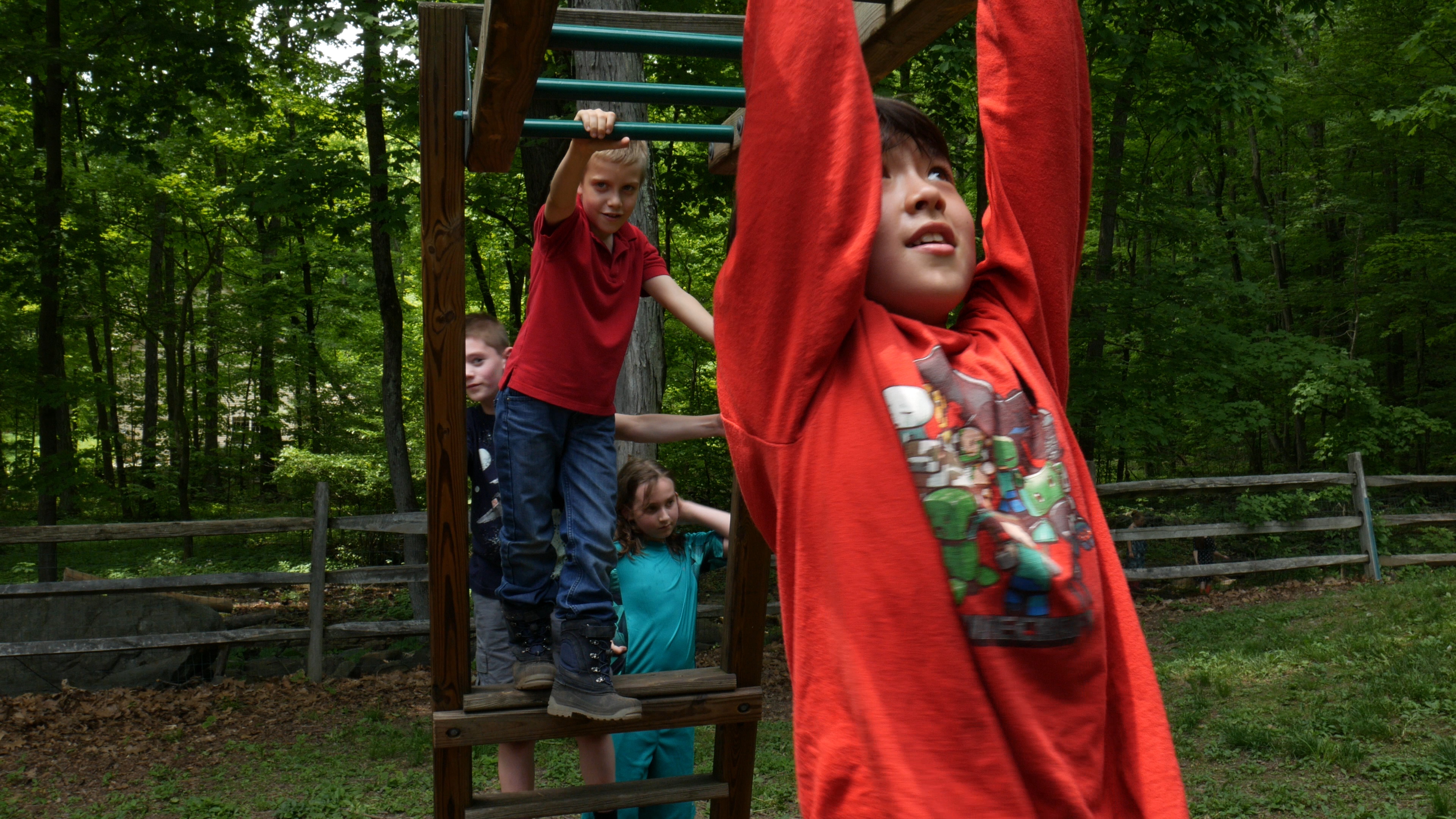 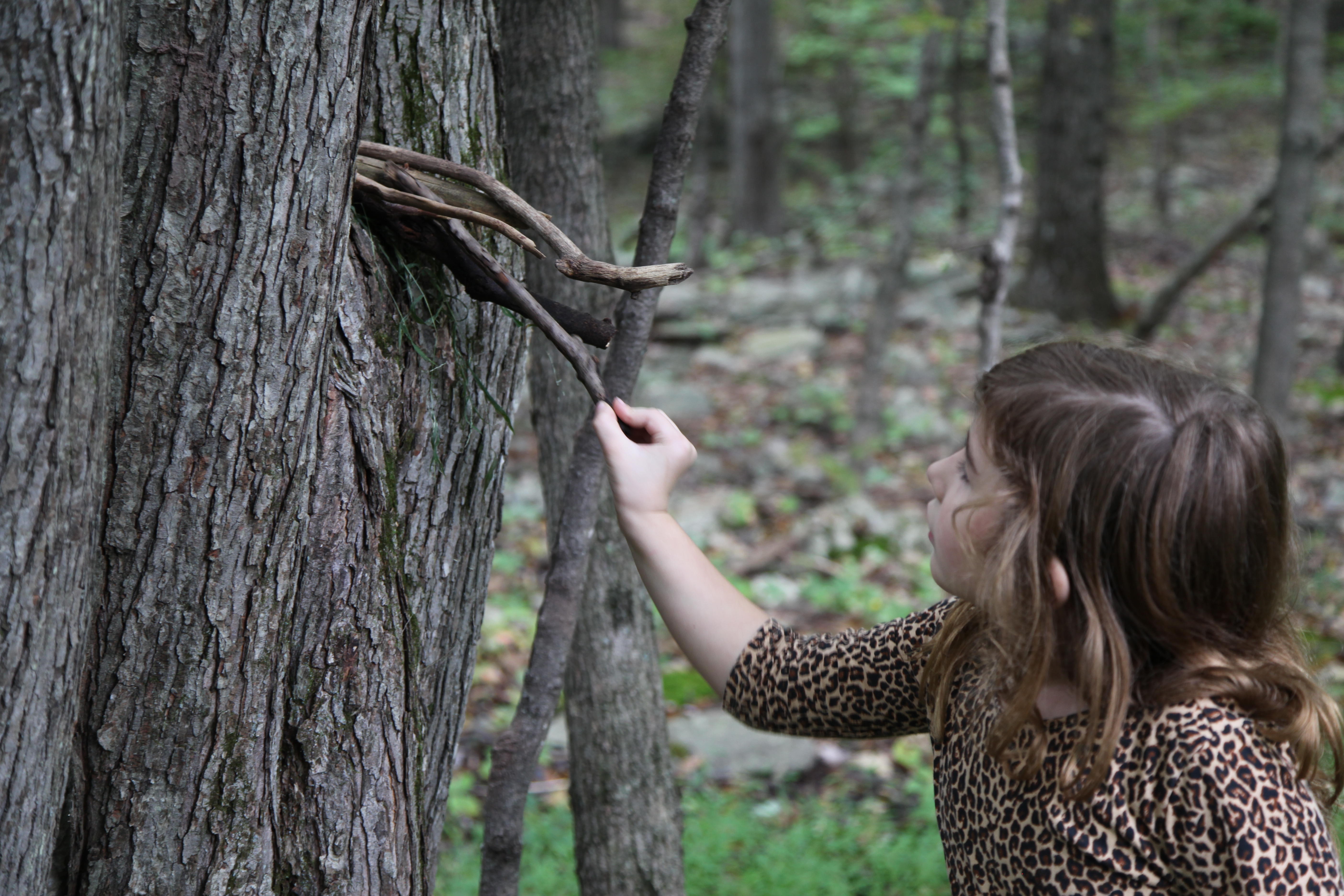 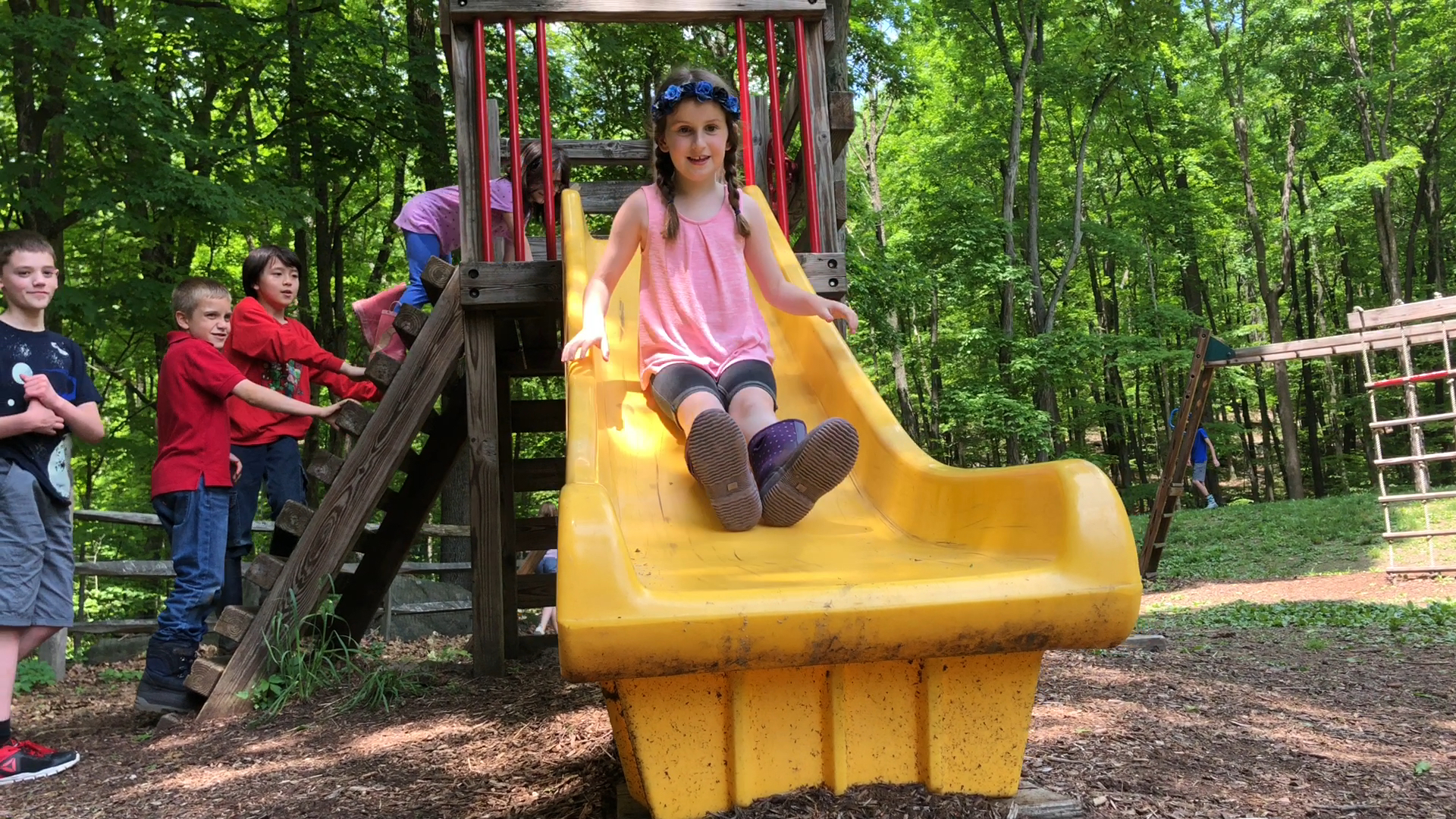